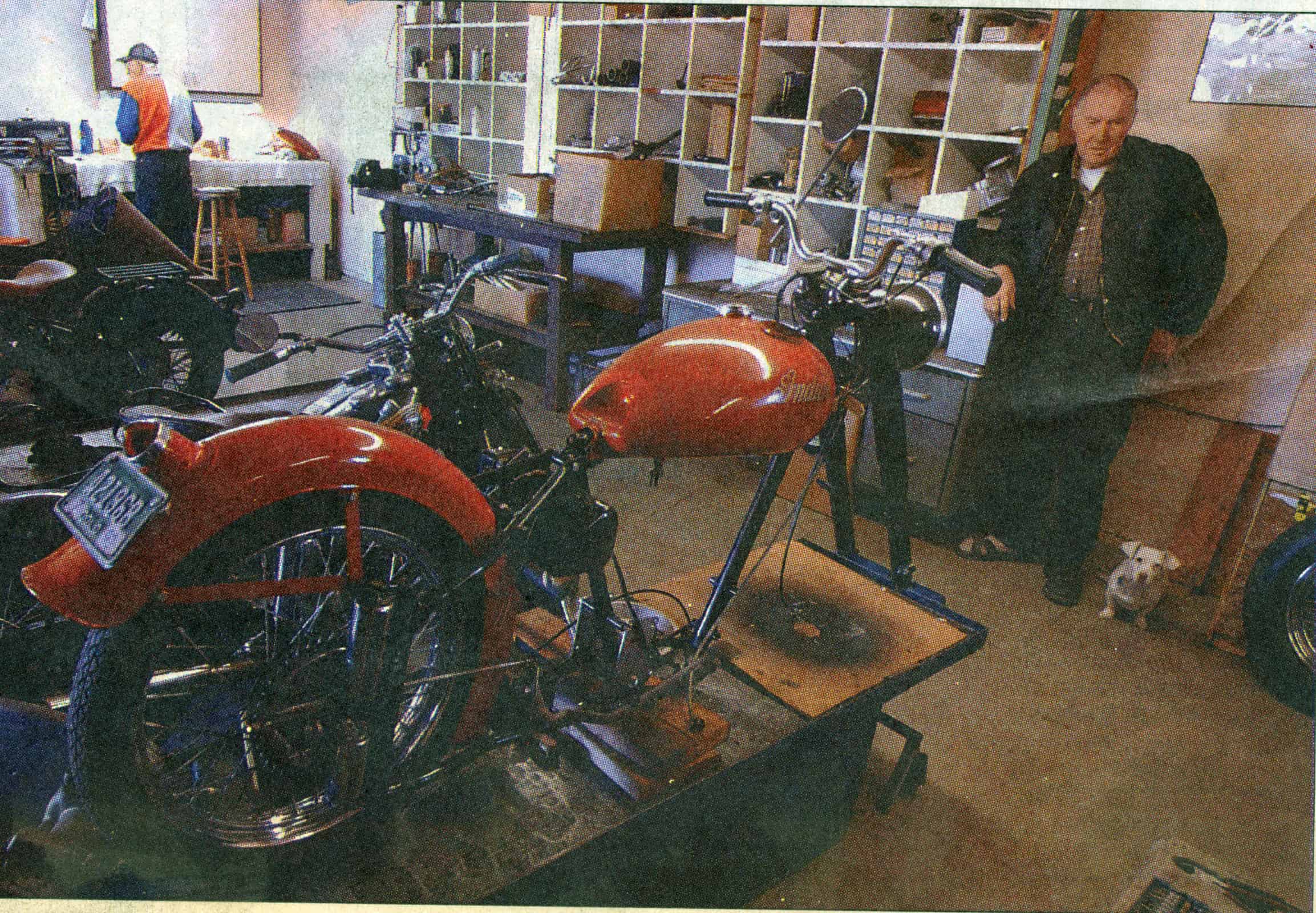 He loves them so much, he will sometimes spend months to years restoring them from scratch. He loves them so much, he has written a short story about his favorite one, a 1948 Chief that Stark purchased barely used for $325. That bike has about 240,000 miles on it, and Stark still rides it today.
And he has even created a museum, the Stage Depot, as the centerpiece of his 15-acre Gavilan Hills property devoted to showing off Indian motorcycles and historical memorabilia associated with them.
It would not be a stretch to call Stark, 71, the world’s foremost expert on Indians.
“Bob has a wealth of information in his background,” said Chuck Myles, who owns and operates an Indian parts business in New York state. “I think Bob has the greatest volume of knowledge. I certainly appreciate his dedication.”
Visitors have come from all over the United States and from foreign countries in Europe, Asia and Oceania to see Stark’s impressive collection. In the museum, there are about 100 motorcycles dating back to 1933 and they still run. To make sure they stay operational, Stark rides each of them once every six months.
The pieces include a 1940 California High-way Patrol motorcycle and two U.S. Army World War II-era bikes, one of which was specially made for the North African campaign, Stark said.
Perhaps the most impressive bike is a 1953 model, from the last year the motorcycles were produced, that Stark built himself. It took Stark 37 years to construct it, he said. Guests can see it all for no charge.
“I just love the bikes,” Stark said. “If you take all the bikes I’ve restored through the years, threw everything together, I think I’ve broken even. I don’t think I’ve made any money on them, I don’t think I’ve lost any. I do this because I love it, not to make a whole bunch of money on it.”
Stark rode his first motorcycle when he was just 9 years old and has been working on Indians for six decades. He picked up his love of Indians from his father, who from 1918 to 1952 distributed the bikes in the Akron, Ohio region.
Stark then passed on his love and some of his encyclopedia like knowledge to his son, Gary, who rode his first motorcycle when he was 4 — a 50cc Mini-Mini — and had five bikes by the time he was 16. In fact, Bob allowed Gary to ride with him on the freeway by the time he was 10.
“I’ve never ridden a cycle that has handled any better than they do for the size of the bike,” Stark explained. “They’re just enjoyable to ride. I can take my hands off and ride for miles without touching the handlebars.”
Today, the two run Starklite Cycle out of the Gavilan Hills property, which is likely the largest supplier of Indian parts in the United States. There are 12 buildings used to store millions of motorcycle parts dating back to the 1930s on the property, and Gary runs the mail-order parts business out of Riverside.
For years, the Starks had a monopoly on the parts business for Indian motorcycles. That’s no longer the case, but the business appears to be doing decently based on the Stark’s property, which at its summit has a clear view of both Lake Perris to the east and Lake Matthews to the west.
“Most of the people that do it today don’t even know what half the parts are; they just do it as a money-making proposition,” Stark said. “I’ve got that advantage, that I know exactly what every piece is.”